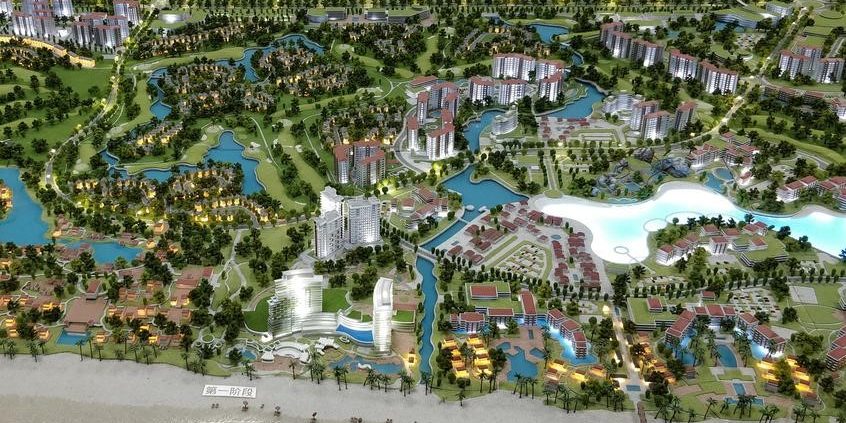 In Vietnam, a mega casino rises with the help of a Macau junket company

HONG KONG (Reuters) – Along a three-kilometer (2-mile) stretch of coastline in central Vietnam, construction cranes are digging up mounds of sand and rubble where the country’s biggest casino is set to open next year.

When completed, the $4 billion Hoiana project will extend across almost 1,000 hectares, and also include shops, restaurants, golf courses and water parks.

Driving the project is Suncity Group Holdings Ltd (1383.HK), which has made billions luring high-rollers – mainly from China – to the baccarat tables in the Chinese territory of Macau.

Vietnam is betting big on developing a gambling industry, targeting the Chinese tourists who have been flocking to the country in recent years.

In addition to Hoiana, two other casinos, one in Van Don in the northern province of Quang Ninh, and one on Phu Quoc island in the south, are also under construction. The two projects will be part of a pilot program that would allow Vietnamese citizens to gamble at casinos for the first time.

Hoiana will be the first casino owned by SunCity, which will have a one-third stake in the project. VinaCapital, a Vietnamese investment management and real estate firm, and the Hong Kong-based VMS Investment Group will also have similar-sized stakes.

“The government really wishes to bring tourism here,” said Henry Tam, project director of Hoi An South Development, the local company which is building Hoiana. He added that development of the area would also include a school and sports stadium for local residents.

The Hoiana project comes with challenges. Local Vietnamese will not be allowed to gamble at the casino and operations are subject to Vietnam’s uncertain regulatory environment.

Competition around Asia is also heating up, with Macau, the world’s largest gambling center, building more resorts, and South Korea and the Philippines expanding their casino footprints. Other countries like Singapore also compete in the sector.

Ho Tram, a multi-billion dollar casino project located a two-hour drive from Ho Chi Minh City, had construction delays and financing problems before it opened in 2013. The casino – which is owned by Asian Coast Development, headed by the hedge fund manager Philip Falcone – has struggled to attract foreign gamblers to its remote location.

There are fewer than 10 casinos in Vietnam, mostly smaller ones outside major cities. At present, only foreign passport holders can enter and gamble in them.

Suncity executives are optimistic for Hoiana, citing strong government backing, local support through VinaCapital and large-scale infrastructure works like the four-lane highway that will connect it to Danang’s international airport 40 kilometers away.

And they are pinning their hopes on Chinese tourists. In 2017, Vietnam welcomed 4 million Chinese visitors, up 49 percent from the previous year.

The first phase of the project, which includes a 140-table casino and a golf course, is due to open in 2019. The second phase, which will add a lagoon, water park, second golf course, entertainment village and four more beach resorts, is slated to open by 2023.

Anthony Chiu, Suncity’s chief financial officer, said the cost of the first phase was $650 million, of which VinaCapital, Suncity and VMS have put in around $70 million each, with the rest coming from bank financing.

Companies associated with Chow Tai Fook Enterprises, headed by the Hong Kong billionaire Henry Cheng, are building 100 villas and a 1,176-room hotel as part of the first phase.

In addition to Hoiana, Suncity has also signed a management service agreement for the Van Don project in the north.

Van Don is scheduled to open in 2019 according to Suncity but details are scarce on the nature of the development. Foreign investors are required to invest over $2 billion in order to qualify for casino licenses.

Las Vegas operators including Las Vegas Sands (LVS.N) have been interested in setting up in Vietnam for several years. But Sands has said it would only invest in a casino if locals were allowed to gamble there.

For Suncity, the stakes are high in Hoiana.

Booming gambling revenues in Macau have created enormous wealth for junket operators like Suncity, who bring in players from mainland China and collect their debts.

But as tighter regulatory controls and a lack of space crimps further development in Macau, junkets have been trying to expand overseas.

Their role remains critical for Asian casinos eager to attract Chinese players, as gambling debts are not legally enforceable in China.

Suncity is responsible for all the casino operations in Hoiana, including bringing in VIP players.

Macau’s government will also soon be deciding on whether to allow new contenders to set up casinos in the glittering enclave once the six existing licenses start to expire from 2020.

Suncity’s 34 percent stake in Hoiana will help position it as a contender for a casino license in Macau, said Grant Govertsen, an analyst at Union Gaming in Macau.

Suncity’s executive director, Andrew Lo, said Hoiana also gave the company an opportunity to be in control of an operation rather than just a service provider.

“I think it’s a very good investment,” he said. “Our marketing strategy is that we will become the entertainment hub of the Danang and Hoi An area.”